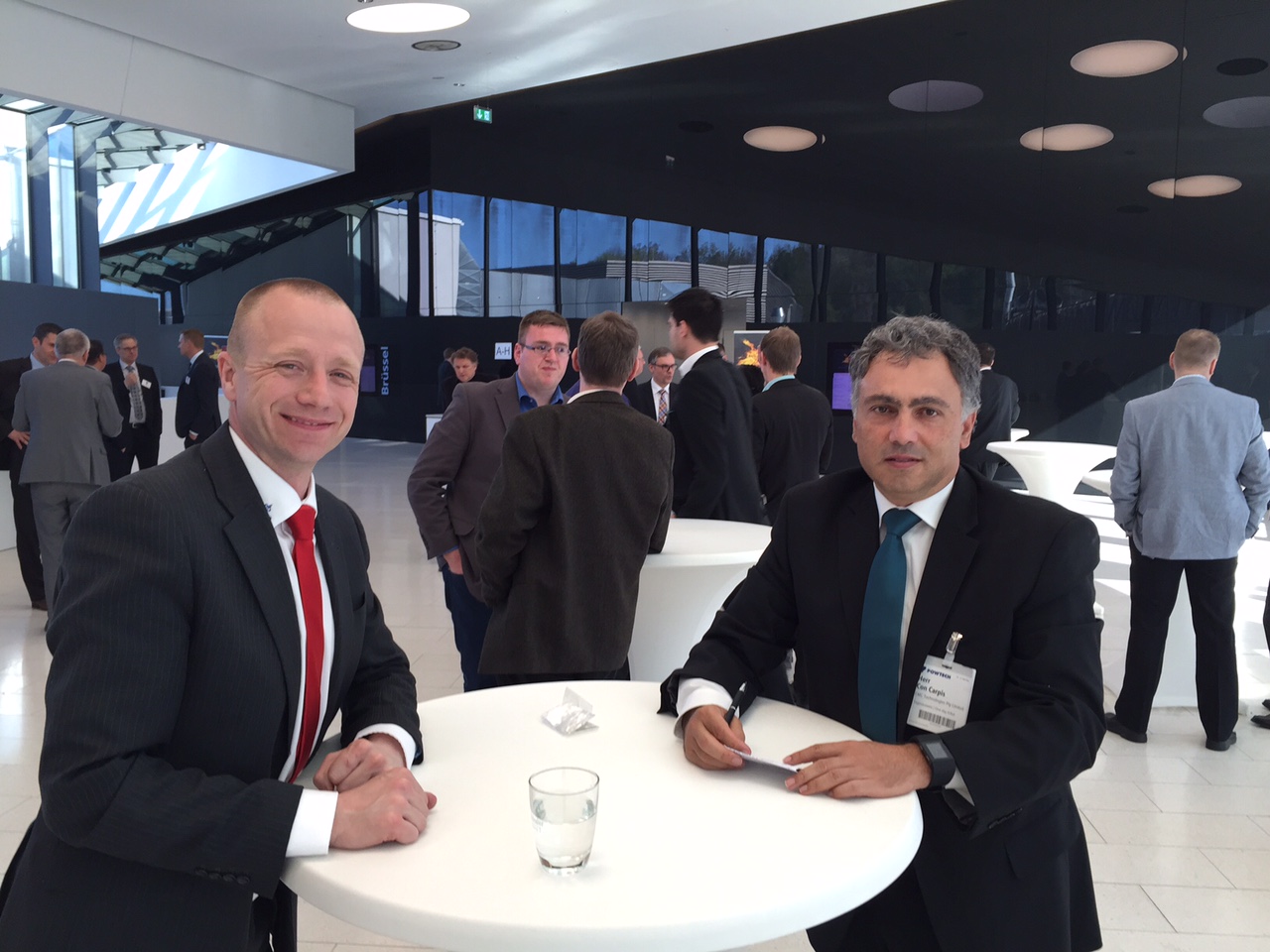 With its 4th Edition of the Safety Congress for Industrial Explosion Protection, Frankfurt based Association IND EX® has set the bar even higher.

This unparalleled Event combined both, top ranked Speakers and EXperts plus a World Premiere in Live Demonstration: Austria`s Hoerbiger and Germany`s REMBE joint forces and showed more than 350 interested Viewers what it means to be safe with Explosions. During the Live Demonstrations outside Hall 3 of the leading Powder & Bulk Show POWTECH, both corporations carried out breathtaking Experiments with Combustible Dust whilst remaining cool despite all that furious flames and bangs. Dr. Rob Lade and Roland Bunse were driving the crowds mad when igniting only grams of corn starch but creating huge fire balls and pressure blasts.

The open Air Session was followed by small Scale, but Indoors, Experiments of various Dust and Gas Explosions, carried out by the pyromaniac EXperts of BASF, René Hoekstra & Helmut Lawinger. Just some droplets of Gasoline can create massive Reactions and warned the Audience to put more attention on Flash Points and Evaporation of flammable Liquids used in Industry.

Another Highlight was presented by Dr. Johannes Lottermann and Marius Bloching. IND EX®` brand new developed EXTOOLS PRO is more than just a tool. This software allows Users to do top Quality Estimations on all figures and numbers in regard to Explosion Safety. Be it values like MIE or Pmax that changes under influence of Temperature. „EXTOOLS PRO saves you half a dozen of expensive and space wasting Books – here is all you need in a flash“ says Richard Siwek who is one of the Key Drivers behind this IND EX®-Project.

Further Speakers such as Felipe Ong of BS&B Singapore, Hugues Chateauneuf of BBA Canada or Dr. Pablo Lerena highlighted not just technological Aspects in the Safety Business in general but also intercultural Differences and the Human Factor itself.

„All in all an extremely interesting and stunning Day“ says Felix Paliwoda from Switzerland and confirms to take part in the forthcoming 5th ISC in 2019.

We use cookies on our website. Some of them are essential for the operation of the site, while others help us to improve this site and the user experience (tracking cookies). You can decide for yourself whether you want to allow cookies or not. Please note that if you reject them, you may not be able to use all the functionalities of the site.